ARE YOU READY TO DISCOVER SANTORINI

Santorini is considered being one of the most famous Greek islands because of its beautiful sunset, its imposing volcanic landscapes and is picturesque Cycladic architecture. Nevertheless, Santorini is also one of the most important wine destinations of the world. You see, due to its volcanic soil Santorini is home to some exquisite varieties of grapes. In this article we have created a list with the best Santorini Wineries for those who are keen on viticulture and the fine wines of the island.

Pentosans Winery is located on the settlement of Megalochori, having a breathtaking view on the Aegean Sea. It actually seems as if it hangs from the caldera cliffs. The reason behind its unconventional architecture hides to its limited access to electricity back in 1947. The design of Venetsanos Winery was a mechanic breakthrough for its time as it leveraged the power of gravity in order to produce enough energy for the wine production.

Nowadays, visitors of the winery can admire the rich wine tradition of Venetsanos Family, taking a tour in the corridors of the winery and following step by step the wine production stages. After that they will have the chance to taste some of the most famous labels of the winery accompanied by tasteful local delicacies.

Argyros estate has a long tradition in Santorini Viticulture. Besides the fact that the estate was established in 1903, Argyros family had been occupied in the wine production decades before that. Nowadays Argyros winery is one of the most emblematic places in Santorini when it comes to its wine history and tradition. Its visitors have the chance to admire an amazing landscape as the winery is settled among vineyards and its architecture harmonizes perfectly with the environment. Taking a tour on the Argyros winery you will have the chance to admire its cutting-edge production facilities and also taste some of its most renounced labels in its beautiful tasting hall.

Santo Wines is actually a union of many Santorini Wine Producers, that was initially founded in 1911 with the name “Santorini Vine & Wine Protection Fund”. Today it represents around 1200 producers on the island and is the largest wine making organization on the island. Santo Wines produce wines of the highest quality using only local grapes. They also produce food products, promoting that way traditional agriculture.

Santo Wines Winery settles in one of the highest points of the island, on the settlement of Pyrgos. The winery was built in 1992 and is a quite remarkable Santorini sight because of its impressive architecture, as it spreads in many different levels. After taking a tour on its facilities, getting introduced in the procedures of wine production, you should definitely try the wine tasting experience offered by Santo wines and delve in to the volcanic tastes of its labels.

The Winery of Domaine Sigalas nestles in one of most picturesque settlements of Santorini, Oia. There are evidences showing that grapes were cultivated in that very same area, back in the antiquity. Today, the wines of the Domaine are exported all over the world and are famous for their rich taste.Visiting Domaine Sigalas, you will have the opportunity to experience the combination of strong Santorini wines along with pure Cycladic delicacies.

Those were the absolutely best wineries in Santorini that you should not miss the chance to visit whether you are a wine enthusiast, or just interested to know every aspect of the beautiful Santorini.

Kamari tours is a leading travel agency in Santorini offering the most exciting wine tours, in order to help you experience the island’s rich wine tradition to its fullest! 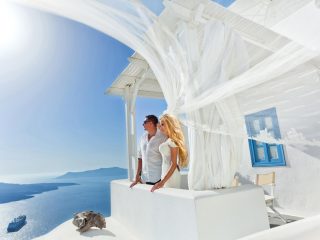 How to Spend the Perfect Santorini Honeymoon! 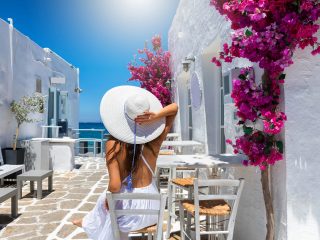 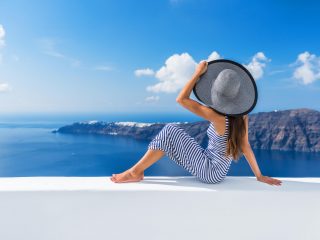 Top Luxury Hotels in Santorini: Discover the Perfect for You!

How to Spend the Perfect Santorini Honeymoon!
24 Aug 2022

Top Luxury Hotels in Santorini: Discover the Perfect for You!
09 Aug 2022